The Nixon campaign produced buttons and literature as part of its courting of Latino voters.

Seeking reelection in 1972, President Richard Nixon campaigned for Latino votes—particularly among middle-class Mexican Americans in the Southwest. His record included expanding targeted antipoverty programs to Latinos and appointing a record number of talented men and woman to public service.

In a profound way, Nixon used the New Deal–and Great Society–enlarged federal government to materially aid Hispanics—and in the process to woo established organizations like LULAC and the GI Forum (chosen to administer federal grants)—away from their long-established ties to the Democratic Party.

Romana Banuelos, the first Latina appointed to a top-level federal post, served as the most symbolically powerful. Nixon named her Treasurer of the United States. As a result, the signature of the Los Angeles tortilla-manufacturer-and-banker appeared on U.S. dollar bills. For many Spanish-speaking voters, this served as a testament that they had arrived politically, and that they were welcome in the United States.

President Nixon did not seek to win over all Latino voters, most of whom voted Democratic due to an allegiance to the party of Franklin Roosevelt and John Kennedy. He needed only a quarter or more to ensure victory if the 1972 election turned out to be as close as was the 1968 contest. Nixon targeted businesspeople and members of the emerging Mexican American middle class, including elements within the blue-collar workforce.

One group that he strategically antagonized was the United Farm Workers. He used this to demonstrate his support for agriculture and create a wedge between the “silent majority” and protesters who seemed to represent a fraying society.

Two years earlier, California governor Ronald Reagan had won a sizable Mexican American vote by charting a similar course. In their actions, Nixon and Reagan implied an implicit tilt toward Latinos and away from African Americans. This dovetailed with Nixon’s Southern strategy to move the South permanently into the Republican camp. By contrast, President Eisenhower (with Nixon as the vice presidential candidate) had courted black voters and appointed an African American to a sub cabinet post, even as he campaigned for Latino votes. 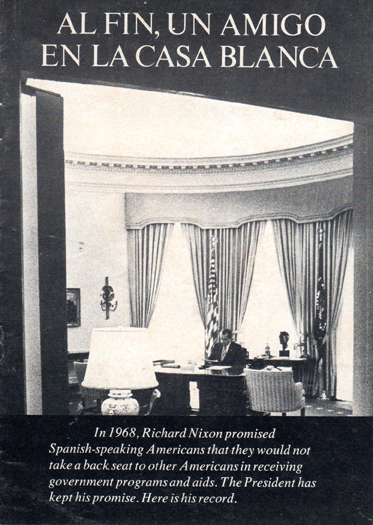 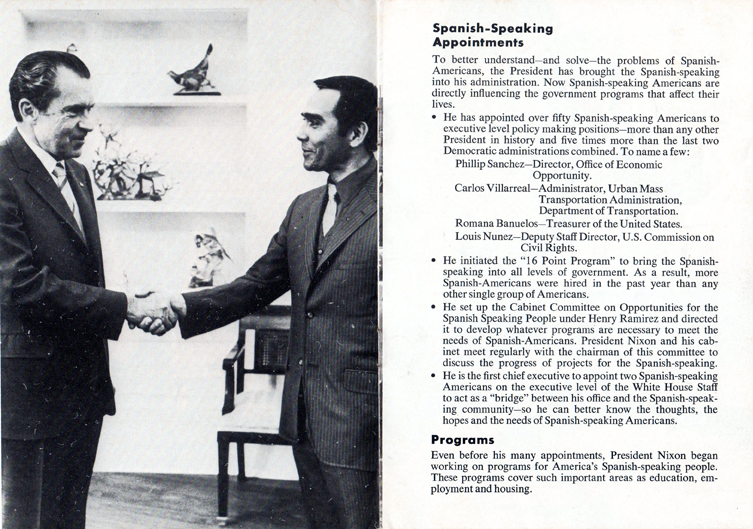 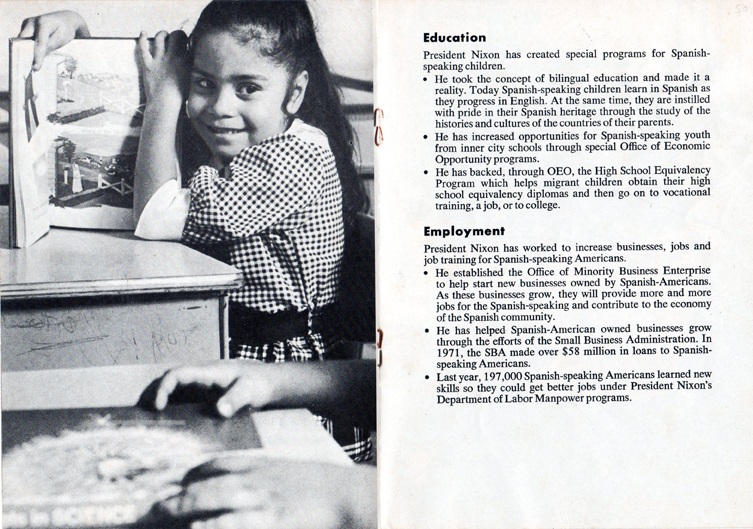 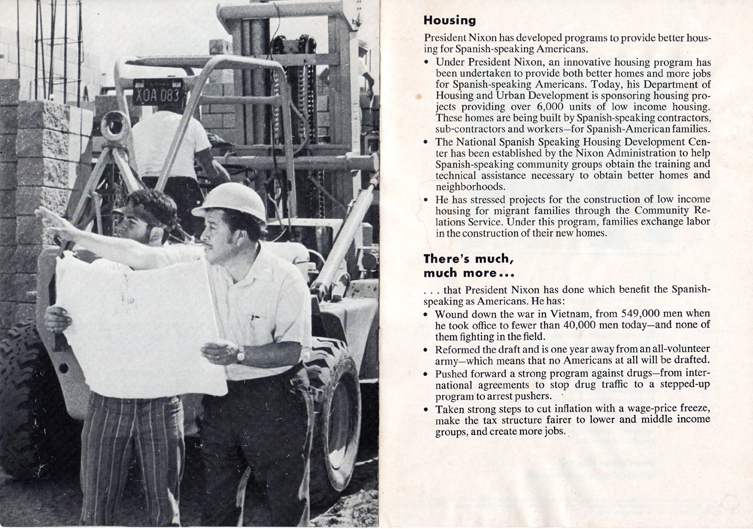 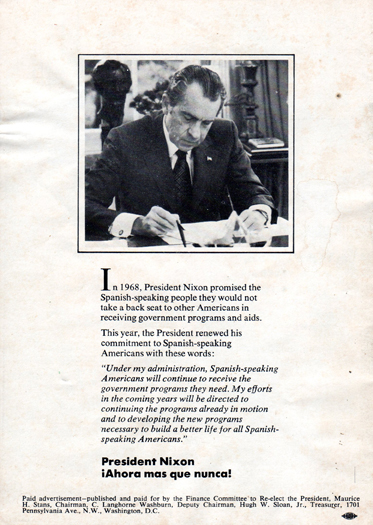