Obama, Romney, and the Latino Vote

California and Texas have the largest Latino communities, but Spanish-speaking voters are likely to have the greatest impact in states having either a relatively small Spanish-speaking population or where the ethnic composition is in flux. 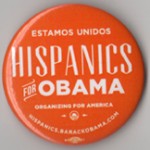 Local campaigns use both Latino and Hispanic oriented material.

Latinos are positioned to play a major role in three Southern states—Virginia and North Carolina, where the Hispanic population is relatively new, and Florida—once dominated by conservative Cuban Americans,—where there has been dramatic growth in the Puerto Rican, Mexican, and Central American populations. 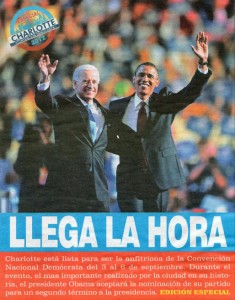 In these states, the Obama campaign has focused on registering supporters to vote as a way to enlarge the electorate. This has created the possibility of success in historically Republican voting states, but it is the first of a two-step process. Once registered, these potential voters need to be motivated to cast a ballot.

The importance of voter turnout, persuasion, and registration strategies has shaped the contours of presidential campaign outreach to the Latino community since World War II.

In the 1956 race between incumbent Republican president Dwight D. Eisenhower and Democratic challenger Adlai Stevenson, Eisenhower ran as a moderate and reached out to Democratic constituencies, including Mexican Americans.

Four years later, John F. Kennedy recognized that the 1960 election would likely be very close and that in order to prevail he would need to win back Latinos and members of other traditionally Democratic groups that had backed Eisenhower. He also needed to alter the political landscape in key states by registering thousands of new voters who would support him.

These motivations drove the formation of Viva Kennedy, which paid off on Election Day 1960, allowing Kennedy to carry Illinois and New Mexico by the narrowest of margins. 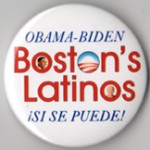 Latinos campaigned for Obama in many cities and states in 2008.

Four years ago, in 2008, Obama won the presidency due to a surge of Latino voters in Colorado, Nevada, Virginia, and Florida.

This year, several thousand voters in a handful of states may once again have a disproportionate impact. These are states where the Latino vote could be critical.

Obama demonstrated that he recognized the import of the national Latino vote four years ago by appointing Ken Salazar from Colorado and Hilda Solis from California to his Cabinet and New Yorker Sonia Sotomayor to the Supreme Court. 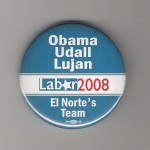 Moreover on the issues, Obama has generally aligned himself with the Latino community. He recognized the need to create opportunity and provide social services. And then, as his reelection neared and Congress was unwilling to tackle the immigration issue, the president acted by executive order. 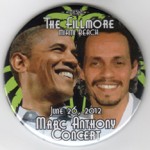 The Republican Party has not competed aggressively or effectively for the support of Latino voters. Mitt Romney made a strategic decision during the primary to adopt an anti-immigrant agenda in an effort to appeal to conservative white voters. This early decision by the eventual nominee has made it very hard to track back to the political center, where Republican candidates need to be in order to persuade voters in this Democratic-leaning constituency. 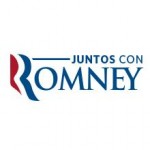 Romney has sought to increase his outreach efforts during the fall campaign.

As a result, Romney is left with conservative Hispanic supporters who are already Republican in states such as Florida and New Mexico, where Senator Marco Rubio and Governor Susana Martinez, respectively, serve as surrogates.

But the Republican Party has not been idle. Faced with the challenge of wooing minority voters, Republican-controlled legislatures in more than a dozen states have passed laws making it harder for Latinos and African Americans to cast a ballot. These new laws complicated voter registration drives, required additional identification at the polls, reduced the time available for voting, and eliminated voting locations in low-income neighborhoods. A number of these state specific laws have been effectively challenged in the courts.

The 2012 presidential election has demonstrated anew the importance of an active and engaged citizenry. Soon, the impact of the various efforts to motivate, persuade, and to register—as well as to restrict—the vote will be known.

Column has been picked up by the California Progress Report and the Eastern Group Papers in Los Angeles.

On Election Day 2012, Latino voter turnout reached record levels. For the first time, Latinos accounted for more than 10 percent of the national electorate, and an overwhelming 71 percent voted for Obama. This provided the margin of victory in Florida and other states–forever changing the perception of the Latino vote.

A secondary consequence: Republications recognized that they could no longer ignore the growing Latino vote, and immigration reform moved to the forefront of national debate.

This entry was posted in Presidential Politics, South and tagged Eisenhower, Obama, Republicans. Bookmark the permalink.