Immigration and candidates’ attitudes toward Latinos became a central issue in the California governor’s race after Republican Meg Whitman was discovered to have hired an undocumented housekeeper after promising to get tough on employers who hire the undocumented. 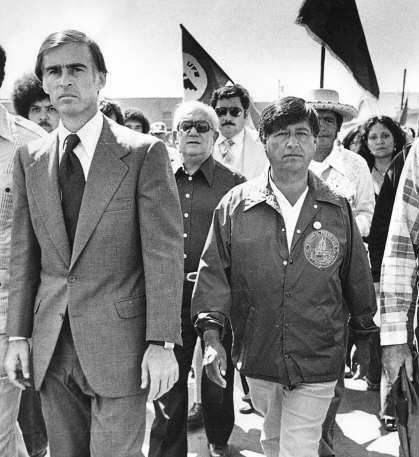 In this high-profile race, both Whitman, a former Wall Street executive, and her Democratic opponent, former governor Jerry Brown, are wooing Latinos, who have become a significant voting bloc.

For whom should Latinos vote?

Whitman’s record goes back a decade, when she was looking to hire household help. There is no record of her engaging in Latino-oriented policy issues before her decision to run for governor. In many elections, she didn’t even vote.

She started talking about immigration after she decided to run for governor. Her positions are a little confusing, and they have changed to fit her immediate needs. When she was losing to an anti-immigrant candidate during the Republican primary, she advocated building a border fence and rolled out her campaign chair, Pete Wilson (father of Proposition 187), to varnish her tough-on-immigration credentials.

Her vacillation on policy positions, combined with a lack of a history with the Latino community, has enhanced the interest in her treatment of a single Latina, Nicky Díaz, as a sign of how much she respects the larger community.

After calling her a “member of the family,” Whitman reportedly laughed at Díaz when she asked for help with immigration.

Jerry Brown, by contrast, has a long and distinguished record of aiding and championing Latinos.

As a seminary student and the son of Governor Pat Brown (1959–1967), Jerry Brown witnessed the struggle by Latinos to attain a foothold in government and the professions and to achieve dignity in the agricultural fields.

Jerry Brown, as a Jesuit seminarian, marched with César Chávez. He was, using religious language, doing God’s work on earth.

When he ran for governor in 1974, he used an image of himself marching with Chávez to create a contrast with the anti-United Farm Workers policies of Governor Ronald Reagan and to signal that he would be more activist than his father had been.

Brown exceeded all expectations. He signed the Agricultural Labor Relations Act, giving farm workers the right to collectively bargain. He appointed Cruz Reynoso as the first Latino on the state Supreme Court. He appointed Mario Obledo as the first Latino cabinet secretary, in charge of numerous departments running health and human service programs. He appointed a record number of Latinos to fill management posts, judgeships, and state boards and commissions.

In all this, Brown was ahead of his time. The Latino vote was small compared with today, when politicians ignore Latino voters at their peril.

The current campaign relative to Latinos is captured by two contrasting images: a crying Nicky Díaz and Brown marching with César Chávez.

The above column appeared in the Washington, DC-based Hispanic Link Weekly Report on October 4, 2010, and was syndicated nationally, in English and Spanish, by Hispanic Link news service.

This entry was posted in California, Elected Officials and tagged Jerry Brown, UFW. Bookmark the permalink.