Mario Guerra Obledo, one of thirteen children born to immigrant parents escaping the violence of the Mexican Revolution, graduated from law school on the cusp of the John F. Kennedy presidency that inspired a generation.  He was a giant in the Mexican American Civil Rights Movement. 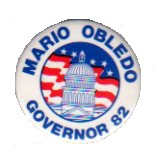 Obledo sought to use his 1982 campaign for governor to inspire the growing number of Latino voters in California.

“I was a real idealist,” recalled Obledo, then a 27-year-old veteran of the Korean War. “I was going to try to defend the rights of the people.”

Mr. Obledo kept his promise. He cofounded, led, or nurtured a host of organizations that sought to improve the lives of Hispanics in the United States, such as the Mexican American Legal Defense Fund (MALDEF), League of United Latin American Citizens (LULAC), Hispanic National Bar Association, Southwest Voters Education Project, and National Coalition of Hispanic Organizations. He also taught at Harvard Law School and chaired the Rainbow Coalition.  For this, Bill Clinton awarded him the Presidential Medal of Freedom.

Obledo’s activism started in the mid-fifties. While an undergraduate at the University of Texas at Austin, he formed a campus LULAC chapter. “I went to the state convention in 1955 in Lubbock, Texas, and I recall at the general session I raised my hand and pledged that I would devote part of my life for the rest of my life to help in my community,” he told an oral historian at the University of California, Davis. He never forgot that pledge.

He graduated from UT Austin with a degree in pharmacy and then St. Mary’s University School of Law in San Antonio. In 1965, after working in the private sector, Obledo went to work for the Attorney General of Texas in Austin. While there he discussed the idea of creating a Mexican American legal group along the lines of the well-established NAACP Legal Defense Fund.

In 1968, MALDEF became a reality, and Obledo became its first general counsel. The trailblazing litigator overturned ingrained discrimination that for too long had been accepted in the United States. The cases ranged from companies that refused to hire Hispanics to cities that refused Mexican Americans’ use of swimming pools. 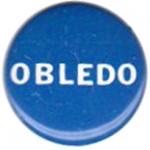 California governor Jerry Brown hired Obledo in 1975, taking him away from his teaching post at Harvard, to serve as his Secretary of Health and Welfare. There he oversaw a budget that was larger than that of 46 states. Obledo’s proudest achievement was the diversification of many state departments. He also encouraged Brown to make a record number of Hispanic appointments.

Obledo resigned as secretary to run for governor in 1982. It was yet another first in the modern era–a time when Hispanics accounted for nearly a quarter of the state population, but had limited sway politically.

At the bilingual press conference announcing the Obledo candidacy, United Farm Workers vice president Dolores Huerta stated, “Obledo is doing us a favor because he is demonstrating that the Hispanic community has the qualified people for this kind of job.”

Even though Obledo did not win the race, he was still a trailblazer. Following the gubernatorial run, Obledo returned to his organizational roots: he assumed the national LULAC presidency. From the vantage point of this enduring organization, he was able to assess the tremendous strides made by Hispanics, even as he sought to ensure greater opportunity for all.

The author’s tribute to Mario Obledo is reprinted from the Harvard Journal of Hispanic Policy, vol. 23 (2011).