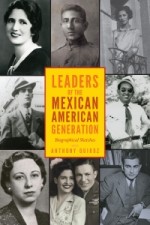 Appointments of Latino political activists were limited in the United States at this time. Otreo’s rise likely reflected his family ties. His uncle, Solomon Luna, was one of the richest people in New Mexico and a longtime member of the National Republican Committee. This was a time when 70 percent of the state’s Latinos, who largely identified as Spanish Americans, registered with the party of Abraham Lincoln. END_OF_DOCUMENT_TOKEN_TO_BE_REPLACED END_OF_DOCUMENT_TOKEN_TO_BE_REPLACED

Presidents and their political parties used the position of postmaster as a political reward prior to it becoming integrated into the civil service system. The first Latino to head a post office in a city of significant size and import was Hilario Delgado in Santa Fe, New Mexico. He served from 1929 to 1934.

Politics drove Delgado’s rise and fall in the postal service. He was, by all accounts, a dedicated public servant and outstanding accountant. The Republican Party nominated him for state auditor, a statewide constitutional officer, in 1922. He was also a World War I hero and community leader, having served with distinction in France. He enjoyed a statewide network as vice commander of the inchoate and politically potent American Legion in New Mexico.

The largest newspaper in the capital city supported his 1922 campaign with gusto. Its enthusiasm practically jumps off the page: “The New Mexican will take great pleasure in supporting the candidacy of Hilario Delgado for State Auditor. We believe there is no nominee of either ticket more clearly deserving of the vote of the people of New Mexico, regardless of party.”