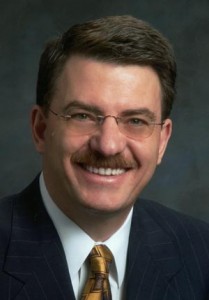 Kenneth Burt is the political director for the California Federation of Teachers and a long time visiting scholar at the University of California at Berkeley. He has degrees from U.C. Berkeley and Harvard University.

Representing a wide range of educators, including professors, Burt has helped diversify the state legislator over the past decade and a half. Burt served as the architect for Proposition 25, allowing the legislature to pass a budget by majority vote instead of two-thirds.

The award-winning author is best known for his book, The Search for a Civic Voice: California Latino Politics, with a foreword by Los Angeles Mayor Antonio Villaraigosa. The book, covering the years 1939 to the present, was enhanced by rare interviews with the national heads of “Viva Kennedy” and “Viva Johnson”.

Burt has also written about organized labor, the Cold War, and civil rights coalitions. This has led to chapters in five academic anthologies, an entry in The Encyclopedia of the American Left, 2nd ed., and numerous articles in academic journals, the popular press, and online. Burt serves on several boards, including the Harvard Journal of Hispanic Policy and the Edmund G. “Pat” Brown Institute of Public Affairs at California State University at Los Angeles.

He is currently researching the role of Latinos in the the New Deal and post-World War II period.