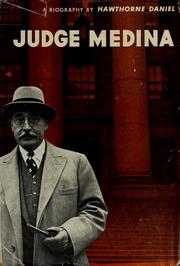 President Harry S. Truman named Harold R. Medina as a federal judge in the Southern District of New York in 1947. The historic appointment made the Brooklyn-born Mexican American attorney the first Latino federal judge in modern U.S. history. It would be 14 years later until President Kennedy named the next Latino and fellow Mexican American, Reynaldo Garza, to the federal bench in 1961.

Medina become famous not for his ethnic heritage, however, but for a single high-profile trial. He presided over Dennis v. United States (1949), which grew out of the indictment of a dozen top leaders of the Communist Party USA.

The trial and the underlying law, the 1940 Smith Act, signed by President Roosevelt in a moment of fear after the signing of the Nazi-Soviet Pact and Hitler’s near total conquest of Europe, remained controversial because the government had charged the defendants with treason not for an act of espionage, but for articulating beliefs protected under the First Amendment.

Investigative journalist Scott Martelle has written a fast moving and historically researched book, The Fear Within: Spies, Commies, and American Democracy on Trial (Rutgers University Press, 2011). It will interest readers seeking more information on either Medina or a pivotal moment in the Cold War. 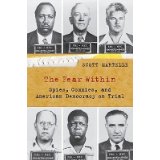 The Fear Within is the first account of these events since Hawthorne Daniel’s Judge Medina in 1951, which I recommend for its biographical information.

In 1953, President Eisenhower named Medina to the Second Circuit Court of Appeals, where he served until 1980; at age 92 he was the oldest judge on the federal bench and, by then, no longer the sole Hispanic.